After receiving their eDNA results, Ngā Kaimanaaki o te Waimapihi / Polhill Protectors have increased their focus on stream health, exploring the biodiversity, history and whakapapa of a stream that flows beneath Wellington City.

Unbeknown to most, the city of Wellington stands above lost rivers and streams. After rolling down hills past bush reserves and houses, these rivers and streams are diverted into pipes below the city for the rest of their journey out to sea.

The Waimapihi Stream is one of these. It begins near the Zealandia ecosanctuary fence line and flows down through Polhill Reserve to Aro Valley. There, it enters a culvert and flows under the city and out to the harbour. If you press your ear to the ground in Aro Park, you’re likely to hear it moving below. 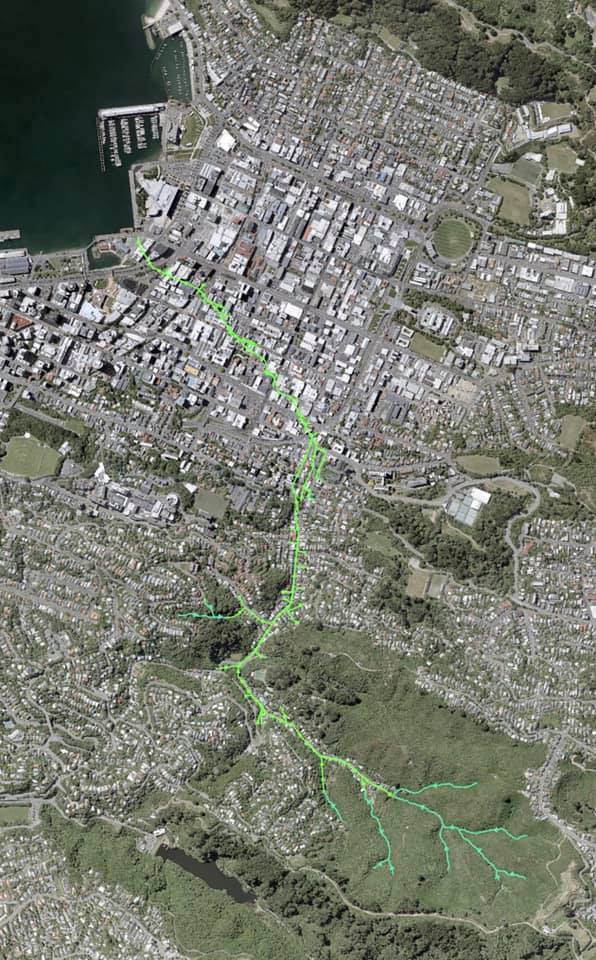 A satellite image of central Wellington suburbs, with the Waimapihi Stream and its tributaries indicated in green. The view from the top of Polhill Reserve, looking out over the city near the headwaters of the Waimapihi

The Waimapihi Stream (often referred to simply as Waimapihi) has become a key focus for a local group named the Polhill Protectors, or Ngā Kaimanaaki o te Waimapihi. The Aro Valley-based community group formed in 2014, after the discovery of a tīeke nest in the Polhill Reserve. This was the first recorded tīeke nest outside of a sanctuary and on the mainland in 100 years.

Since then, the Polhill volunteers have been maintaining traplines, planting trees, managing invasive weeds and endeavouring to restore the native forest to what it looked like pre-colonisation (for example, bringing podocarps back and plants that provide stream shelter). Ngā Kaimanaaki o te Waimapihi / Polhill Protectors run planting and weeding days to bring the Aro Valley community on board, and the local brewery sponsors this work with a bevvy for volunteers.

Nestled in the bush between Wellington and Zealandia, the Polhill Reserve has experienced a noticeable increase in birdlife over the last decade - a spill-over from the ecosanctuary, where native species are nurtured and protected thanks to an 8.6km predator-proof fence line.

An illustration of the Polhill Reserve.

“Our kaupapa is co-existing with the people, the birds, and the bush peacefully – being responsible pet-owners, trapping pests, planting trees. We’re trying to lay down the welcome mat for these taonga travelling over the fence,” says co-leader Shelby Stoneburner.

Ngā Kaimanaaki o te Waimapihi / Polhill Protectors were one of the first participants in Wai Tūwhera o te Taiao – Open Waters Aotearoa, and have been helping us to develop the programme since early last year.

The group took samples from four different waterways in the Polhill Reserve, including Waimapihi, to see what species might be benefiting (or not, in the case of rats!) from their efforts.

“We weren’t sure what to expect. We knew Waimapihi was doing slightly better than other urban streams nearby, but our only evidence for that was from watching the streams and spotlighting at night. When the eDNA results came through it was really magical. We found out there were ruru around, and banded kōkopu…even tuna,” says co-leader Jim Mitford Taylor.

Lisa Whittle, co-founder of Ngā Kaimanaaki o te Waimapihi/Polhill Protectors and advocate for pest-free forests says, “It was really exciting that tuna came all the way up from near Te Papa, under the streets, and up through the culvert here to Waimapihi. It’s amazing really.”

See the sample results from the lower Waimapihi Stream 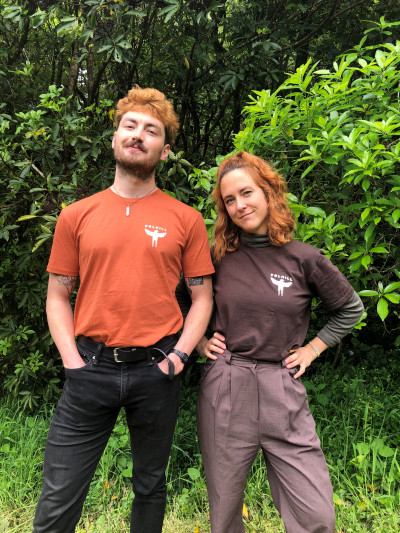 Fuelling the journey of discovery

The results of the Polhill Protectors’ eDNA samples motivated the group to learn more about the health of Waimapihi, and other streams in Polhill. They have since formed a connection with mana whenua from Taranaki Whānui, learned the whakapapa, and shared the eDNA results with them.

Waimapihi strongly resonates with the group, as well as the community members who have lived there for years (especially mana whenua). However, when Waimapihi enters the culvert beneath the city, it is legally considered stormwater.

“It’s hard for us to acknowledge that, doing all this work at the headwaters then seeing it disappear and become unprotected,” says Lisa. 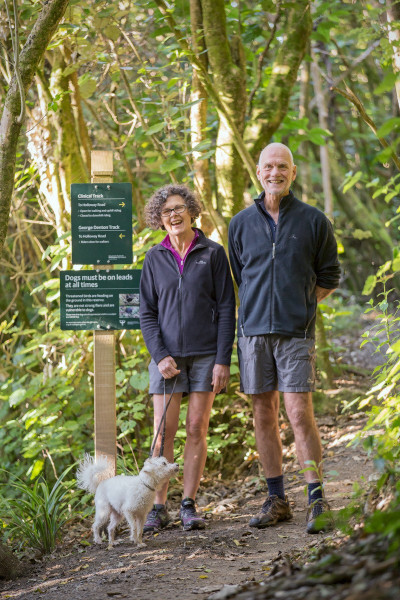 Co-founders of the Ngā Kaimanaaki o te Waimapihi/Polhill Protectors, Lisa and Geoff Whittle, pictured with their dog Phoebe and signage for keeping dog on-leash in the reserve to protect birds such as tīeke who nest near the ground.

Receiving their eDNA results fuelled many different journeys for Ngā Kaimanaaki o te Waimapihi/Polhill Protectors. They continue to share information about Waimapihi with their community and local council, and have been looking into ways that the mana of the Waimapihi can be acknowledged past the culvert.

Overall, they are excited to take more eDNA samples and to keep learning alongside their community.

You can check out their social media pages and website below – keep an eye out for Waimapihi Wednesdays!

If you would like to contribute a story, photos, art, or reflections for this e-pānui, please get in touch with us at eDNA@epa.govt.nz