Ngā Kaihautū is a statutory (legally mandated) group appointed by the EPA Board.

It has up to eight members, but no fewer than four. Members provide a broad overview of Māori interests and perspectives, rather than representing their individual iwi.

From shearing shed hand to corporate strategist and company director, Mavis has received widespread recognition for her services to the primary sector.

In 2017 she was inducted into the New Zealand Business Hall of Fame, in 2016 she won Auckland University’s Outstanding Māori Business Leader award, Massey University Distinguished Alumni award and 2016 Westpac Rural Woman of Influence.

In 2002 Mavis was made a Member of the New Zealand Order of Merit (MNZM) for services to the wool industry. Not long after, she supported her friend to found the Agriwomen’s Development Trust (AWDT), where she remains Patron.

At the heart of her purpose lies simple values such as every decision being a mokopuna decision. The whenua and moana are atua whether we farm or simply enjoy them, people matter the most, being solutions driven with profit as the enabler.

Mavis brings a commonsense approach and is a strong advocate for Māori and Māori business, the primary sector, diversity, strong governance and a keen sense of community.

Past directorships include Landcorp Farming, Massey University and 2degrees mobile.

Dr Daniel Hikuroa was appointed to Ngā Kaihautū in May 2016.  He is a Senior Lecturer in Te Wananga o Waipapa, University of Auckland, Commissioner for Culture, UNESCO, Co-Deputy Director at Te Pūnaha Matatini, Principal Investigator at Ngā Pae o te Maramatanga, and key researcher in the national science challenges Resilience to Natures Challenges and Sustainable Seas.

From 2011 to 2016 he was the Research Director at Ngā Pae o te Maramatanga, New Zealand’s Māori Centre of Research Excellence, and prior to that he was the Community Earth Systems Science Programmes Manager at the Institute of Earth Science and Engineering, University of Auckland.

Dan is an Earth Systems Scientist who weaves mātauranga Māori and science to realise the dreams and aspirations of the communities he works with. He is an established world expert on integrating indigenous knowledge and science and has undertaken many projects including Te Awaroa – Voice of the River, co-writing the 2014 State of the Hauraki Gulf Environment Report, geothermal developments, planning river and catchment restorations, co-writing iwi environmental management plans, independent reviewer of Marine Spatial Planning processes, hazard and vulnerability assessments and industrial waste rehabilitation.

Dan has also been spearheading alternative ways of assessing sustainability, including integrating indigenous knowledge and epistemologies into assessment frameworks and decision-support tools. Rick Witana is on the Board of  Te Runanga Nui o Te Aupouri from the Far North. He has held numerous roles within the State Sector focussing on strategic relationship management.

Rick led Te Aupouri opposition against the breech of Maori rights around the Government’s proposed establishment of a sanctuary in the Rangitāhua/Kermadecs region (an area of cultural significance to Te Aupouri). He continues to participate in negotiations with Government Ministers to resolve and progress this process.

Rick reflected the importance of the work of the EPA for small communities like his own in Te Kao where issues such as waste, community restoration initiatives, drugs and alcohol, and conservation of iconic Northland spots are hugely important. He highlighted that the EPA and Nga Kaihautū have unique opportunities to balance development and economic opportunities with environmental and social issues. 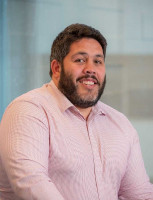 Troy was appointed to Ngā Kaihautū in August 2020. He has a Bachelor of Engineering (Civil) from the University of Auckland and is Pou Ārahi Māori - Māori Advisory lead with Pattle Delamore Partners.

During his career he has developed a particular interest and skill in promoting the integration of mātauranga Māori alongside western knowledge and engineering practices. This work has led to his appointment as a mātauranga Māori practitioner to several environmental and water technical committees, and to the board of Water New Zealand.

Troy is passionate about addressing our environmental issues at their core, by moving towards a more holistic and culturally enhanced approach. He believes that this is the foundation from which we all can enhance and preserve our environment. He is particularly interested in the role of Māori in achieving these outcomes and would like to see a more purposeful commitment to working alongside and implementing the indigenous knowledge that is unique to Aotearoa.

He considers himself an intermediary, having the advantage of seeing aspects from both an engineering and a Te Ao Māori world view, and will continue working towards raising awareness as a leader in this field both nationally and internationally. 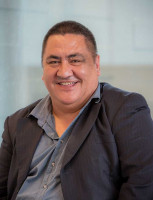 Rawiri is a consultant and has worked with a broad range of stakeholders including Kāinga Ora, GNS Science, MBIE, AgResearch and Marlborough District Council. He is an experienced Senior Executive, Director and Environmental Commissioner. 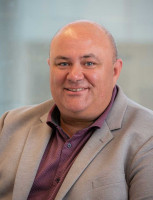 Upon accepting the role as Chair for Te Rūnanga o Koukourarata in 2019 he now works full time engaging takata whenua initiatives and mahika kai rakahau and research. He is also a director on two hapū companies, and represents hapū and iwi interests in numerous forums.

Alongside mahika kai, Matiu is a weaver, carver, and teaches taiohi (youth) within his hapū te reo, and waiata. Each summer season he runs one day wānaka targeted at taiohi (youth) to learn the skills of their ancestors. Matiu is married with three sons and graduated with his PhD from Otago University.

Lorraine is a consultant providing a broad range of advisory services to hapū, iwi and NGO’s, including advice on management, governance, operational policy, and strategic alignment. Lorraine has a senior executive background having worked in leadership roles that have supported hapū and iwi development.

This has included multiple projects that have contributed to the progress of Māori regionally and nationally in justice, health, social services, organisational policy development and the Treaty sector.

Lorraine has a background in community economic development, holds a master’s degree in management and is currently the lead advisor to the Iwi Chairs Forum – Pou Tangata.